Together achieving for tomorrow 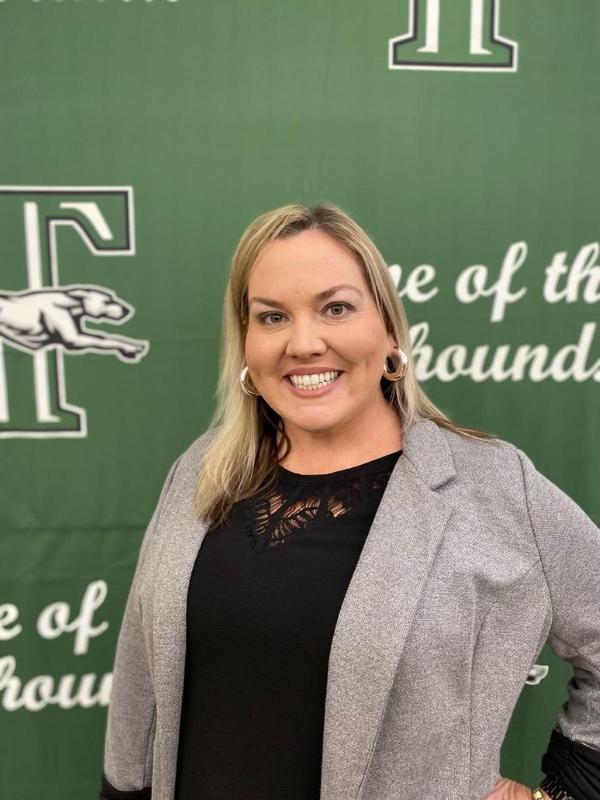 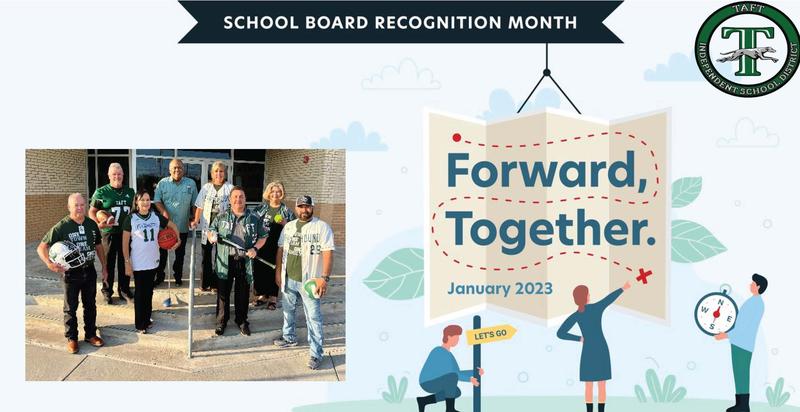 Taft ISD School Board Honored at January Board Meeting 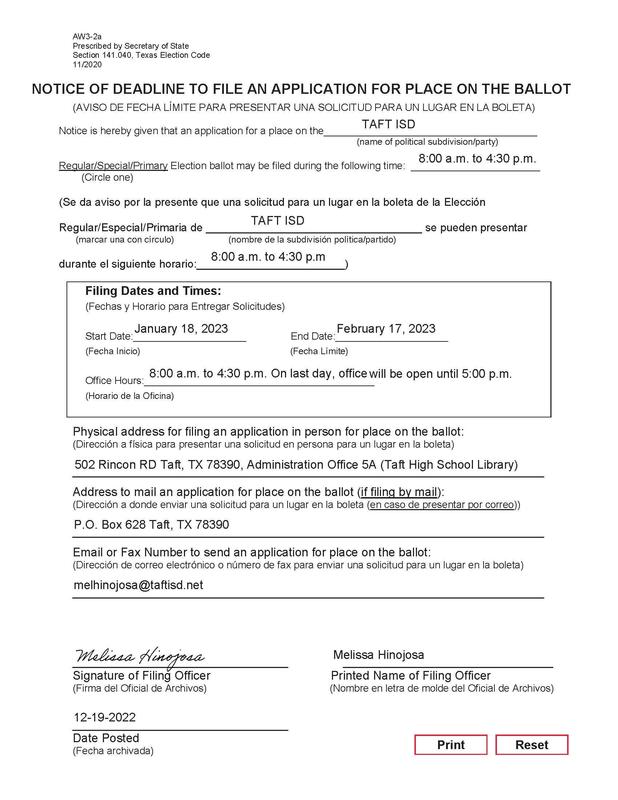 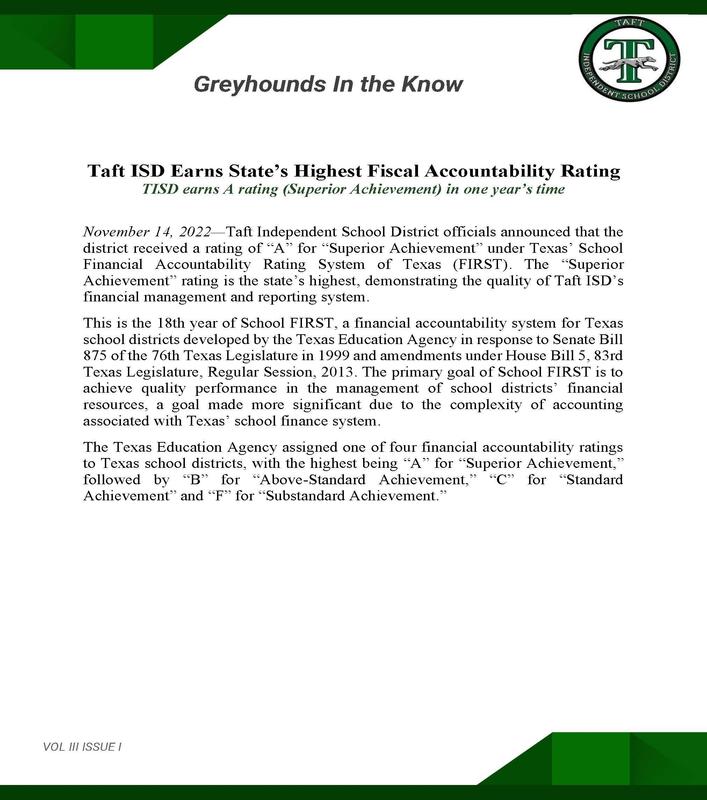 Taft, Texas
Population:  2,945 (as of 2019)
The origin of Taft goes back to the formation of the Coleman-Fulton Pasture Company in 1880 later known as the Taft Ranch.  In 1900, a transition from ranching to farming began.  In 1904, the Taft Ranch put 200 acres into cultivated cotton acreage.   By 1909, there were 2,300 acres in cultivation.  In 1903, the Company established a store at Mesquital, a railroad spur serving a series of loading pens, and in 1904, a town was formed at this site between Gregory and Sinton, and it was renamed Taft.
In 1909, Taft began to experience the initial stages of development.  The first school was sectioned off in an old warehouse in 1904.  The first industry in Taft was a cotton gin.  The railroad located a passenger depot in Taft in 1908.  In 1909, an assembly hall was completed, and President William Howard Taft paid his famous visit.   In August 1921, the Taft Independent School District was formed.  In 1921, the Taft Tribune began publication, and in 1923, the First State Bank and the First National Bank were organized.  Taft was incorporated as a municipality in 1929.
Read More Our history